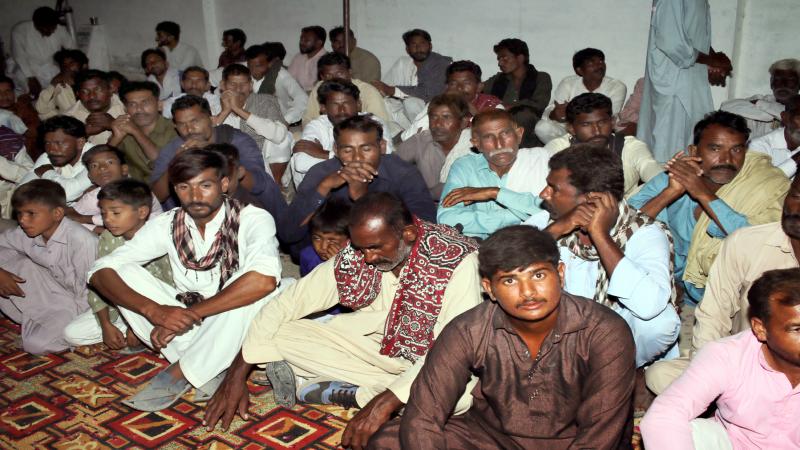 A large Christian colony in Pakistan has been demolished by contractors working for the government, without any warning to residents.
Residents of the Nawaz Sharif Colony in Islamabad say they were not even given enough time to remove their belongings before the Capital Development Authority (CDA), a Pakistani government agency, moved in to demolish their homes.
The demolition on 18th October 2022 is also reported to have included a local church but thankfully there were no injuries or fatalities.
The Centre for Legal Aid, Assistance and Settlement (CLAAS-UK) is distressed by news of the demolition, which has left some 200 Christian families homeless.
CLAAS-UK Director Nasir Saeed said: “These Christians have lost everything - their homes and all of their worldly possessions.
“Many of them have lived in the colony for years, raising their families here and investing their life savings into building and maintaining their homes.
“It is a travesty of justice that their homes have been wiped out without any alternative provision of accommodation.
“The timing is particularly concerning, coming so soon after costly and devastating floods, and with winter already here and temperatures plummeting.
“It is imperative that the Pakistani government financially compensate the Christians who have lost their homes and provide them with somewhere else to live.”
The demolition has been condemned by former councilor, Mrs Sabra Saeed Athwal, who is among the residents to have lost her home.
She called the demolition of the colony a criminal act and expressed fears that two other Christian colonies, Akram Gill and Rimsha colonies, could also be demolished.
Rumours have been circulating that an agreement was signed between the CDA and local residents in which they agreed to move before the demolition, but Mrs Athwal said the rumours were not true.
She fears that some hardline Muslims put pressure on the CDA to demolish the Christian homes. She is calling for residents to receive compensation.
“The Government must pay our damages and rebuild our houses or if the government needs this place for any development purpose, they must provide us with an alternative place and help us to build our houses there,” said Mrs Athwal.
“There are four thousand people residing in The Nawaz Sharif Colony, Akaram Gill Colony and Rimsha colony. They are all poor and it is not possible for any of us to move somewhere else immediately. It is the government’s responsibility to provide us with a roof over our heads. Although we are Christian, we are Pakistani citizens too.”
Saeed added, “This injustice has happened as Christians in Pakistan and around the world prepare to celebrate Christmas in just a few weeks. The CDA must apologise for this shocking injustice and compensate all victims. The Pakistani government must either rebuild the homes or provide suitable shelter before Christmas as many of the colony’s residents are now living under the open sky or in tents and this is simply unacceptable. It is the state’s responsibility to treat its citizens equally and protect their lives without any distinction of race, religion and colour. The lack of care in this instance simply beggars belief.”