Pakistan: Christians fled their homes when Muslim mob gathers to attack them

On Sunday 7 August, hundreds of Christian families fled their homes when they saw a large Muslim mob marching toward their church and chanting against Christians.

Timely intervention from the police saved the only church and averted a potential attack on Christians’ houses.

According to the pastor Gulzar Gill, in charge of NCP Church, Karim Nagar, Daroghawala, Lahore, at about 1.30 o’clock he was informed that hundreds of Muslims were marching toward his church.

The mob was very charged and chanting slogans against Christians. 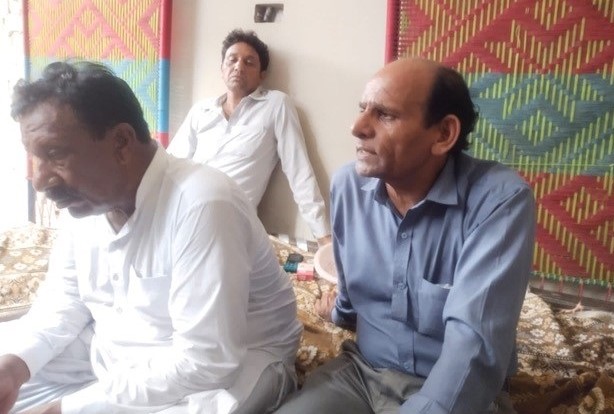 He said: “Instantly, I rushed towards the church, where already hundreds of people had gathered and were chanting slogans against Christians and pro-Islam. They seem very agitated and eager to attack the church, and it seemed difficult to control the mob.

“Fortunately, after a few minutes, the police had also arrived and immediately engaged the Muslim leader Hafiz Aslam, who was leading the mob. I informed the police that I am the priest in-charge of this church and not aware of what had happened.

“The police said the mob was furious about a programme took place in the church on Saturday. It was a youth seminar and people had misunderstood the topic “False Prophets”.  Which was considered sacrilegious.”

“The police acted very wisely, engaged the Muslim leaders and asked them to tell the mob to leave peacefully. Later on, the mob slowly started to disperse and that was a big relief for me and other Christians.”

The police then called the local Christian and Muslim leaders, including, Imam Tanveer Madni, Hafiz Aslam, Pastor Gulzar Gill and lay leader Chaudhry Bhola Masih to sign an agreement and maintain peace in the area.

Chaudhry Bhola Maish a local lay leader said that NCP is the only church in this area and about 250 Christian families live here. Most of the families have been living there for years and have never had such a situation before.

He said: “When we saw the mob started gathering, everyone was concerned and scared.

“Many of us have sent our wives and children away to our relatives and they are not coming back until we believe the situation is completely back to normal and there is no more threat of attack on our houses and to our lives.”

He said although the Muslim and Christian leaders have signed an agreement in the presence of the police, they are still living in fear, and anything can happen at any time. It will take time to restore the situation to normal.

Human rights activist Napoleon Qayum expressed appreciation for the timely intervention of the police and said that if the police hadn't arrived, something might have happened, as seen in many bad examples in the past.

Amjad Hayat, Coordinator of Edge Foundation, a human rights organisation based in Lahore, said: “When I reached Karim Nagar with my team, I saw the streets were not busy and the situation was tense. The local church and lay leadership seemed very concerned about the situation but somehow, they were satisfied with the police’s timely actions.

He said: “Fleeing home and sending families away for their protection was a step in the right direction. I can understand the worry and concern of the church and lay leaders because we have so many examples of attacks on the churches and burning of Christians’ homes - Shanti Nagar, Korian and Gojra and Joseph colony are just a few examples.

“Unfortunately, hatred and discrimination against Christians and other religious minorities continue to grow and the government has failed to address and control the situation, and instead introducing policies which promote hate directly and indirectly against Christians and this is making religious minorities’ life hell in Pakistan. They are living in fear and worried about their children’s future.”

Pastor Gulzar has asked for prayers for the safety of local Christians.