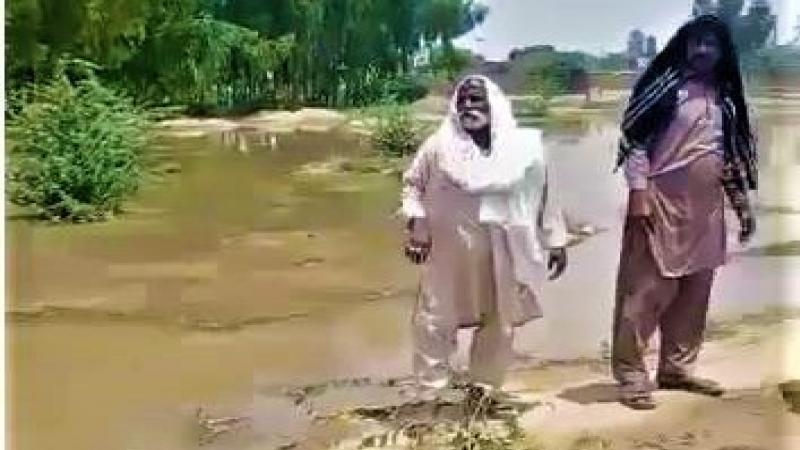 Christians from Khanwala Kukran 71 GB, Punjab are concerned about powerful local Muslims attempting to take over their cemetery.
The village is located on Faisalabad Satyana Road and consists of 3,000 Christian families. The majority of the inhabitants are poor.
According to Christ Ministry International (CMI) Church Secretary, Rufus, Chaudhry Yaqoob, and Aslam Baig, some influential Muslims of the area desecrated some graves and made drains to water their fields a few days ago.
He said: “We didn’t want any drain, but they didn't care. Since the drain is small, it is overflowing water all the time and damages other graves of our loved ones. Many graves have already been destroyed and families are very upset, but it makes no difference to the people who did this.
“We fear that if this condition continues, and the water drain is not stopped, one day the graveyard will be completely destroyed and it will be easy for them to take over the graveyard and use it as they want.”
Rufus and his companion said there's no border wall in the cemetery, and they are poor and can't afford to build a wall because it is too expensive.
Rufus and his companion said that they have informed the MPA and the MP in their constituency, but they are not paying attention.
They added that this was not the first time they tried to seize the cemetery.
But two years ago, the same people tried to take over the cemetery, but at the time, Ejaz Allam Augustine, ex-minister of human rights, Punjab intervened and solved the problem. But as Augustin is no longer a minister, they are taking advantage of the situation.
Rufus further stated that the Muslim cemetery is also adjacent to their cemetery and that there is no border between the two.
He added: “We are also concerned because this issue may arise in another context.   We tried to stop the water, but it proved useless as the water should be stopped as soon as it begins.”
Aslam Baig appealed to the government to intervene and save their cemetery because if the graveyard is taken over, it will not just be that their loved ones’ graves will be desecrated but there will be no place for them to bury their dead.
They also appealed for a Christian brother to stand with them to save this cemetery.
Chaudhry Yaqoob said there are about 11 Churches present in this area, “but we have only one graveyard here, so it is very important for us to save the only graveyard”.