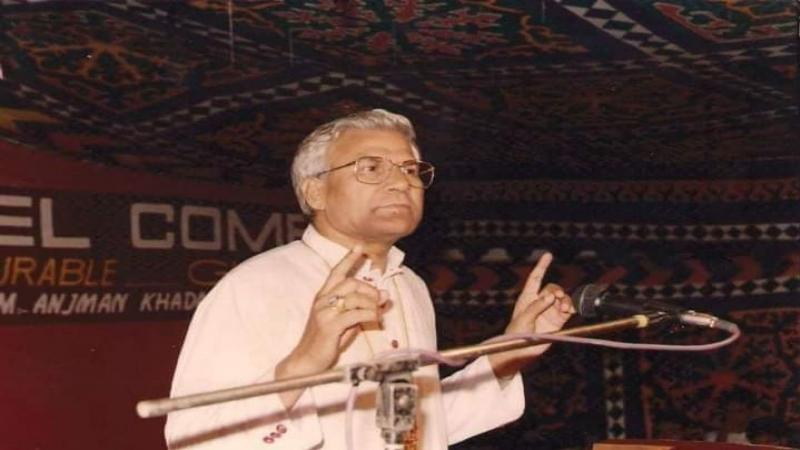 Pakistani Christians marked Bishop John Joseph’s 24th death anniversary, and it was observed all over Pakistan with great honour and respect
The civil society and Christian community observed May 6 as a day of remembrance of his self-sacrifice. He was the first Punjabi Catholic priest and the first Punjabi Bishop of the Diocese of Faisalabad, who took his life in protest in front of the Sahiwal court after it passed the death sentence for a young man Ayub Masih. He helped to deter the judicial execution of those charged with blasphemy, say Catholic leaders.
The centre for social justice had organised a new programme to remember Bishop’s sacrifice at the Flatties hotel Lahore, and a number of people from all walks of life attended the event.
The organisers of the memorial seminar eulogised the efforts of The Bishop John Joseph towards eradicating religious intolerance in the country, which has unfortunately only grown to date.
Sporadic sectarian violence and organised crimes involving hate and bloodshed, particularly of minority sects and religions, caused immense suffering, migration, loss of life and loss of reputation in the country.
Wajahat Masood the chairperson CSJ said: “New forms of faith-based injustice have emerged including mob-lynching, forced conversions, displacement, extortion, desecration of places of worship and kidnapping under the garb of marriage. Our job is to protect their right to faith.”
Peter Jacob, executive director of CSJ said: “It is time to stop the use of the religion card as it has destroyed lives and undermined the justice system. No government has made a serious effort to stop the misuse of the law.”
He emphasised the implementation of the recommendations made by the judicial inquiry after the Gojra incident in 2009 to address the issue of abuse of blasphemy laws.
Hussain Naqi, a human rights activist, said it is the state’s responsibility to protect minorities.
“In Pakistan, many Muslims were killed on blasphemy charge/ where the intention was to get hold of their property,” he said.
Nabila F Bhatti, Ahmar Rahman, Saroop Ijaz, Shunila Ruth, Rev. Fr. James Channan, Rev. Fr. Khalid Rasheed Assi, Bishop Azad Marshal, Bishop Irfan Jamil, Tanveer Jahan, Dr. Kalyan Singh, Saif ul Malook lawyer of Asia Bibi all shed light on the work Bishop Joseph did in his life for Christians and Muslims without the distinction of religion.
In Faisalabad, Bishop Indrias Rehmat held a memorial service for his predecessor at St. Peter and Paul Cathedral and later joined activists of the Minorities Alliance Pakistan (MAP) in placing floral wreaths on the grave of Bishop Joseph buried in the cathedral compound.
MAP chairman Akmal Bhatti compared the late bishop’s act to hara-kiri — the ritual suicide committed by Japanese samurai.