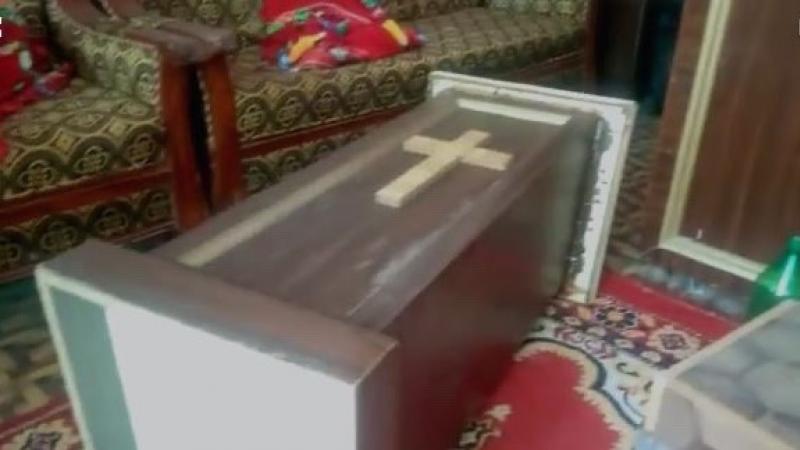 On April 24 some thieves vandalised the Church of Nazreen Landhi, Karachi.
They took away offerings from the money box and desecrated holy objects. They also damaged the furniture, sound system, musical instruments used during worship, fans, and pulpit of the church.
According to priest in charge, Sabir Masih, the church administrator has reported the incident to the police and a first information report (FIR) has been registered against the suspects. The suspects had previously tried entering the church several times during the recent months, but failed.
In the past they entered the church from other sides tore the green net and damaged the property. This time they broke the lock entered the church and took away all the cash in the offering box.
Daniel Khokhar, a social activist, said the attack is unbelievable, the police are trying to find the culprits and soon they will be behind bars.
The pastor said the suspects already have criminal records that’s why their names are mentioned in the FIR. He also there are about 12 churches in the area while there are around 150 congregates in the targeted church.
As the news spread on social media several people demanded that sections 295 B should also be inserted as this has hurt Christians’ feelings and holy objects have been desecrated.