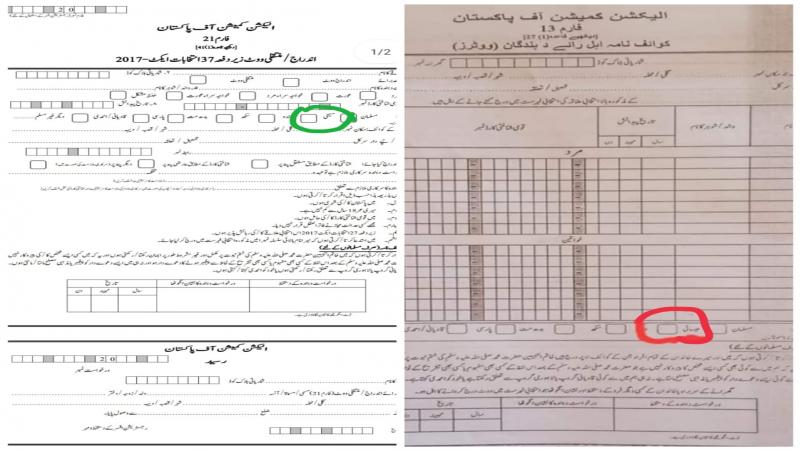 The election commission of Pakistan has removed the word Easi from ECP voter enrolment forms and replaced it with the word Masihi.
Sohail Yousaf, coordinator of the Edge Foundation, a Christian NGO, said they had been working on this issue with the ECP for some time but Deputy Director Election Commission of Pakistan Mr. Asif Ali Yaseen recently informed us that they have made amendments to all important voters enrolment information forms of ECP, and the word Easi had been replaced by the word Masihi and it has been done in the light of a notification from the Supreme Court of Pakistan.
Yousaf said: “I am glad as it was a long-standing demand from the Christian community that Masihi should be written instead of Easi in all government and non-government correspondence and documentation, but despite the supreme court order, nobody was taking this matter seriously.
“I am pleased the ECP has heard our case and made required changes.”
Yousaf said: “It was not easy for anyone as it was stated by the Deputy Director Yaseen on several occasions that they need approval from the higher authorities to make changes but at last on Monday 14 February 2022 ECP officials informed us that changes have been made and these changes can be viewed on ECP website https://www.ecp.gov.pk/frmGenericPage.aspx?PageID=24,  on form No 21 and 15 in the religion column.
Yousaf added: “It is sad that The Supreme Court  of Pakistan directed authorities in 2018 to make arrangements in all official records, documents, correspondence etc. to refer the Christian community as "Masihi" instead of "Esai" but nobody cared about this.”
Directions were passed by the two-member bench, Chief Justice Mian Saqib Nisar and  Justice Ejazul Ahsan on the petition moved by Samuel Payara, Chairman Implementation Minorities Rights Forum regarding replacing the word Easi with Masihi.
The Chief Justice observed that it had complained that despite the decision taken by the Council of Islamic Ideology in its 175th meeting held on 28-29th September 2009 that there was no harm, as per Shariah Injunctions, to refer to the members of the Christian community as "Masihi" instead of "Esai", no steps had been taken by the government in this regard yet.
Yousaf said it is sad that even after the order of the supreme court and approval of the CII many government departments do not take this matter seriously and still keep on using the word Esai in their documentation.
ECP has become the first organisation to make changes in light of the supreme court direction and we are very grateful to all those ECP officials who listened to us and took this matter seriously, said Yousaf.
He further said that The Edge Foundation is not going to stop here but is already in touch with some other government departments and non-government businesses and organisations to use the word Masihi instead of Easi in all their publications and documentation.