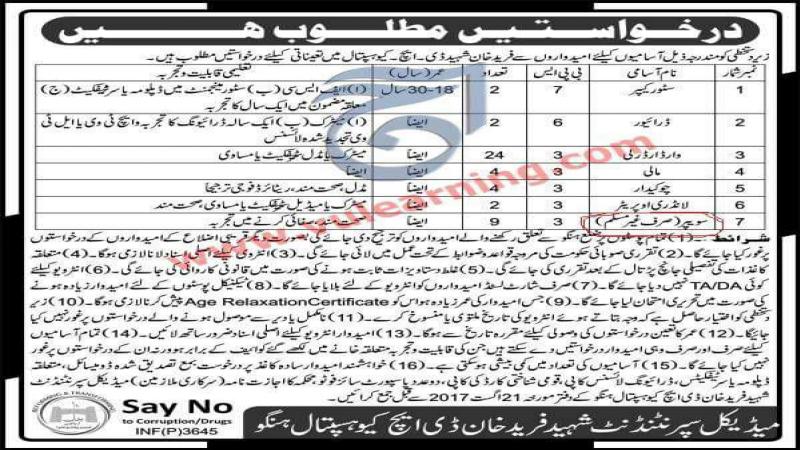 On January 12, Justice Amir Farooq, Islamabad High Court, issued notices to various government ministers of Pakistan on a writ petition seeking a ban on discriminatory job advertisements to employ “sweepers” specifically from members of the Christian community.
The petition was filed by Albert David, member of Minority Rights Commission and chairman of the Pakistan United Christian Movement, and Majid Bashir, advocate president of the Centre for the Rule of Law. It stated that to place an advert seeking sweepers only from Christian or non-Muslim communities, not only creates a sense of deprivation among Christian or non-Muslim Pakistanis, but also creates an atmosphere of religious bigotry.
Following the preliminary hearing, Justice Farooq issued notices to the Secretary Cabinet Division, Ministry of Human Rights, Ministry of Religious Affairs, Ministry of Law, Ministry of Minority Affairs and Ministry of Inter-Provincial Coordination seeking a reply within two weeks.