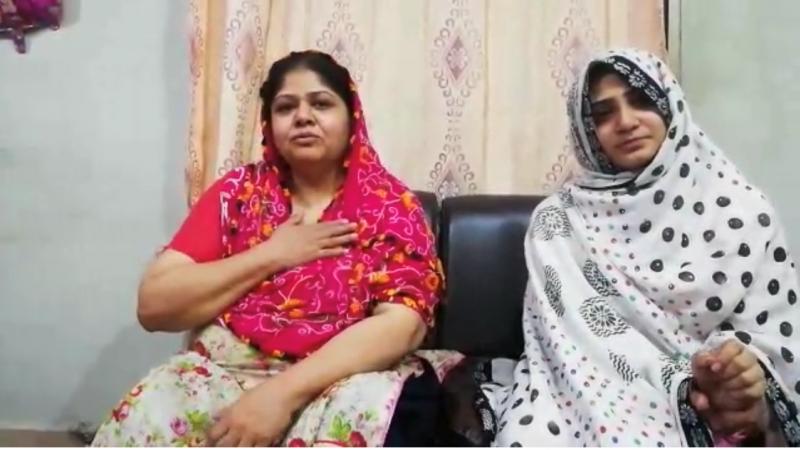 On July 6, 2021, Quetta Sessions court, Judge Najeebullah Khan validated the second marriage of Christian Man Amir Paul, ignoring the Christian Marriage Act, 1860.
According to the law, Christians are banned from practising polygamy and it is a punishable crime if the wife/husband is alive.
Paul married a Muslim woman (Sameera Saleem) in 2020 and converted her to Christianity, but his first wife is still alive, and he has two sons and a daughter from his first wife Nabila Aamir.
According to sections 494,496, PPC R/W section 68-71 of the Christian marriage act, Paul’s second marriage is considered a crime but surprisingly Session judge Khan has legalised the second marriage.
On 25th August 2020  Nabila, Paul’s first wife registered a first information report (FIR) No 95/2020 against her husband in a bid to bring him back home. The police submitted their investigation to the court and the trial commenced in the district session court Quetta.
On 10th December 2020 charges under sections 494,496, PPC R/W section 68-71 Christian marriage act 1872, were framed and read to the accused and he pleaded not guilty.
Paul said that after separation from his wife, the complainant (Nabila), went to a mediator, namely Ameer Yadgar Raisani, who after deliberation with both parties decided the matter and in presence of witnesses the marriage between the accused (Paul) and the complainant  (Nabila) was dissolved. The complainant took Rs.4 million and a house as compensation and also fifty thousand rupees per month maintenance allowance. Therefore, Paul argued, his second marriage commenced after the divorce from the complainant.
The question still stands as to whether according to the Christian marriage act in the presence of the first spouse, any man or woman can enter into a second marriage. In this regard, both the parties placed fatwas (decree), wherein, according to the statement of Saiman Bashir (PW-3), in the presence of a first marriage a second marriage in Christianity without divorce is void.
On the other hand, Paul submitted testimonies to the court of ministers of various churches in his second marriage favour. The opinion of the churches on which the accused relied are that after divorce, any person of Christian faith can be remarried. But PW-3 denied remarriage of husband or wife in their lifetime.
On 28th June 2021, the session court Judge Khan said the prosecution had failed to prove its case against Paul. He was acquitted of the charge.
On the other hand, Nabila admitted that prior to Paul’s second marriage, the matter was resolved and the mediator’s decision was accepted by both parties.
In her cross-examination, Nabila admitted that the house where she is residing was given on the account of the decision made between them by the mediator. Nabila had also accepted Rs. 50,000 monthly maintenance allowances for herself.
She had signed the agreement but now she denied that she signed that document of her own free will but said she was under duress. But she failed to satisfy the court on whether she signed the documents forcefully or of her own free will.
In a recent social media post, Nabila said she had been married to Paul for 22 years and had two sons and a daughter.  She said Paul married a Muslim lady and converted her to Christianity, and she, therefore, registered a case against him as Paul had provided all sorts of fake documents and evidence to prove himself right and therefore she lost the case.
Nabila said she has decided to appeal in the high court but Paul is threatening to kill them if she does, and has asked them to vacate the house and move somewhere else.
During her social media post, she was crying and requesting the Christian Community to stand with her to fight against the injustice done to her.
In the same message, Paul’s daughter is sitting next to her mother and said her mother is not well and one of her brothers is diabetic. She said her father sent police to their home to arrest her brother, and took him to the police station and tortured him. Nabila’s daughter said that every day they receive threatening calls from different phone numbers, telling them to vacate the house otherwise they will be killed.
Nasir Raza, a jornlist and human rights activist who is supporting Nabila and her children said it is very unfortunate that even though Christianity does not allow polygamy, there are still a few who have contributed to make this matter complicated and raise new questions for everyone.
He urged the Christian community to take this issue seriously and speak out against this decision.
He further said that polygamy is banned throughout the world, for Christians and especially in Pakistan it is not praticed and is even illegal under Pakistani laws.
Many of the countries that permit polygamy have Muslim majorities, although it is legal for Muslims in Pakistan even then the practice is rare. In many countries, marriages are governed by religious or customary law, which means that oversight is in the hands of clerics or community leaders.