Pakistan: Police force pastor and congregation to shut down Church 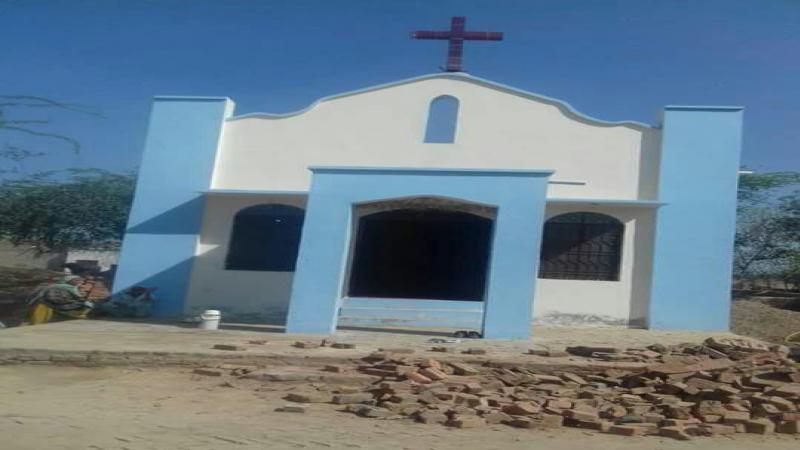 The pastor and the congregation of New Life Church in Mohallah Sialkoti, Lahore, have been told to shut down the church and threatened with consequences if they do not.
According to Pastor Amjad and Elder Yousaf Lal, local Muslims in the neighborhood have been regularly threatening them and shouting at them, forcing them to close the church permanently.
The pastor said that on 25 February while they were worshiping at a Holy lent service, an extremist Muslim called the police and complained that they were being disturbed by the sound system. The police arrived and arrested Pastor Amjad and Elder Yousaf Lal without any investigation. After intervention from their lawyer, they were later released with a warning.
Pastor Amjad said the church, ‘‘New life Church Pakistan’’, was started a few months ago because there was no church in the areas and congregants had to travel a long way. But he said that since its opening they have been consistently threatened, and had been forced to shut down.
After the church opening, some Muslim men and women in the local area interrupted Christian people during their worship and asked them to stop. They abused the Holy word ‘‘Halleluiah’,  they stopped them praising and singing hymns. They verbally abused them, calling them ‘‘Churra” (a hate word used for Christians in Pakistan) instead of their Christian names. They also disrespected the Christian way of worship.
Explaining the situation, Elder Lal burst into tears and said he had been serving in the area for the last 22 years, and the church had been established to worship of God, not to insult the Christian faith. He also said that when they were in police custody, Station House Officer (SHO) and Assistant Sub Inspector (ASI) Yousaf restricted them from offering prayers. Yousaf had tears in his eyes when he said he would commit suicide if the police did not allow them to worship. He got emotional and was not able to speak more because he has devoted his life to the Church. This church is his life ambition, and he created it after lots of struggle and prayers. It was very painful for him when the police forced him to give a written statement saying they will not offer prayers in this church.
He further said they are Pakistani citizens but are treated as 2nd class citizens by the majority and the government, including the police. Police treatment in this regard is disgraceful and unbearable.
Pastor Amjad said the church covers an area of about 2 Marlas, and was purchased with the cooperation of all the community. He also said that all the Christian community comes every Sunday from 10 am to 12 am for Sunday Service. Approximately 100 people gather for worship.  In the Holy Lent season, they come every day for prayer in the evening, which was not acceptable to the Muslim community. It is the second time the police arrested church leaders during worship.
It was a very sad moment when a lady was crying while sharing the situation of her church. She said the Muslim community used filthy language for Christian women. They abused all Christian women with bad names. When their children go outside the house to play with their friends, the Muslims beat them and said they have no right to enjoy their life in their community.
Advocate Rana said that religious freedom is a fundamental and legal right for all faiths. According to Pakistani founder Qaid-e-Azam’s speech of 11 August 1947 ‘‘You are free to go to your temples, you are free to go to your mosques or to any other place of worship in this state of Pakistan. You may belong to any religion or caste or creed, that has nothing to do with the business of State’’. But nobody in Pakistan remembers this or pays it any attention.