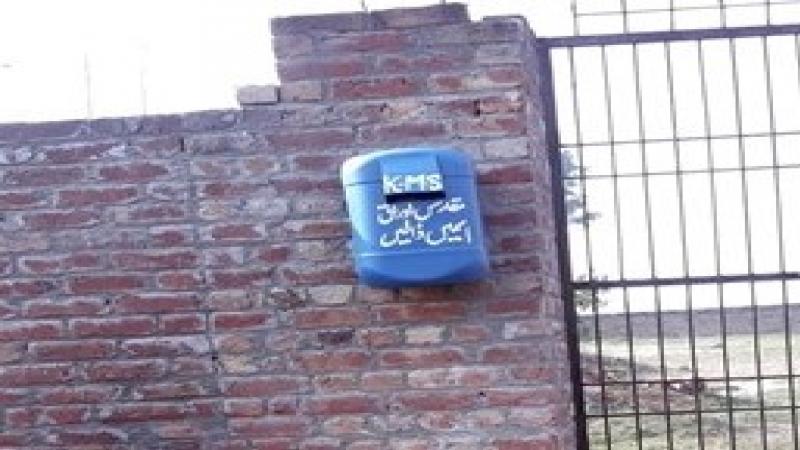 On Christmas Day, three young Christians, Azeem Mehmood, Abbas Gulshan and Irfan Saleem of Kotli Muhammad Sadique, Narrowal, were charged under section 295-A of the blasphemy law, for allegedly burning pages of the Holy Quran. Azeem Mehmood is sent to Jail while the other two were granted bail.
There are about 40 Christian houses with one United Presbyterian Church in the village of Kotli Muhammad Sadique. The majority of the Christians work on an adjacent brick kiln factory and according to the local people there had never been such an incident in the past.
Shahzad Masih, the paternal uncle of Irfan and Abbas said that on 25th December, after the Christmas mass, the congregation took a small procession around the church, and while they were still in the church, they heard police vehicle sirens.
Within minutes a large number of police surrounded the church. The Divisional Police Officer (DPO) Hafiz Abdul Wahid said they had received a complaint that some people had burnt the pages of the Holy Quran and they were there to investigate the matter.
Some of the local Muslims who were present led the police officers to the ash pile, and the police collected ash for evidence.
Shahzad Masih was later told that some local Muslims found the burnt pieces of a blue letterbox which was installed on the wall to collect pages containing Quranic verses near the Christian houses, and the Muslims believe that it was intentionally done by some Christians to hurt the religious feelings of Muslims.
According to Shahzad, during police questioning one of local Christian Ilyas Masih told the police that when he was leaving home early in the morning, he saw some boys standing around the fire but he wasn’t able to see their faces due to thick fog.
On the same afternoon, after Friday prayer (Islamic), a large angry mob of Muslims from surrounding villages gathered in the village, demanding the immediate arrest of all Christians.
According to local Christians, because of pressure from the Muslims and to avoid any catastrophe, the police tortured Ilyas Masih who allegedly admitted seeing faces of all three Christians while they were setting fire to the letterbox.
After the witness’s statement on the same evening, the police registered a case against Azeem Mehmood, Abbas Gulshan and Irfan Saleem.
The same day police raided the men’s houses, and Azeem was arrested while the other two escaped.
But on 29th December the other two were also handed over to the police, and on the 30th were presented before the judicial magistrate who granted them bail against Rs 30000 (thirty thousand).
Azeem Mehmood’s wife Marriam said that her husband was innocent because he never left the house on 24th and 25th.
She said he could not have done anything like this because he is in Pakistan Army and was home for Christmas celebrations with his family. While according to his brother Griffin, Azeem was implicated because of having a previous dispute with Ilyas Masih.
Nasir Saeed, Director CLAAS-UK said the CLAAS-PK team has personally visited the families to collect the facts and believe they are innocent, and all three Christians are only implicated in this case because of previous grievances and because the box was set on fire near their houses.
He said: “It is very sad that blasphemy continues to be used as an easy tool to settle personal scores and grudges against Christians and other religious minorities.
“Unfortunately, Pakistani society has become more intolerant than ever before. Last year several people were charged under the blasphemy law on spurious accusations while an Ahmadi, Tahir Ahmed Naseem was shot dead in a courtroom. Tahir had been in prison since his arrest in 2018, after allegedly claiming he was a prophet.
“Because of the inaction of the government, blasphemy a criminal offence that can carry the death penalty has become a sensitive matter in Pakistan.
“It has become extremely difficult for the justice system to handle such cases and deliver early justice. Especially lower-court judges feel unable to acquit defendants for fear of their lives; even sometimes high court and supreme court justices recuse themselves from a trial.”