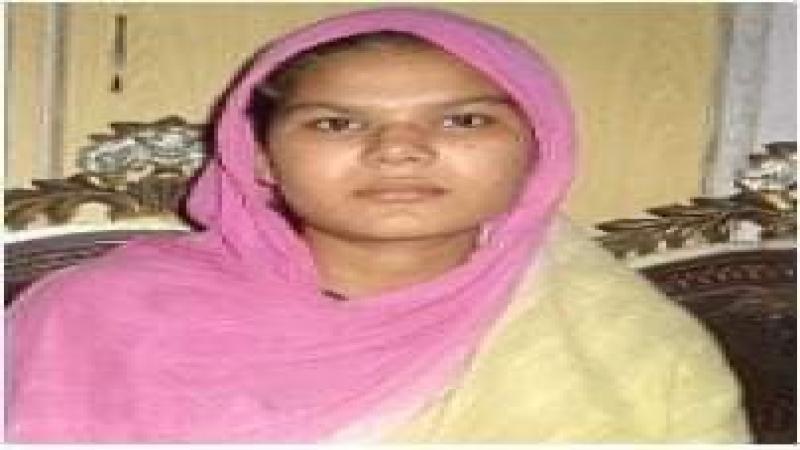 A Christian woman, Sonia, 24, from Rawalpindi was fatally shot in the head by a Muslim man called Muhammad Shahzad for refusing to marry him.
Sonia’s father Allah Rakha Masih, who works as a janitor, said that 13 years ago he moved to Rawalpindi with his two daughters, Sonia, and Nazish, 18, who worked as housekeepers and were a great financial help for the family.
Sonia and Nazish usually went to work together but on the morning of November 30, the day Sonia was killed, she left Nazish at the entrance of the Air Force Colony, where they lived in a rented house, and headed to Behria Town, where she was working.
As she was crossing the G.T. highway, Shahzad shot her in the head and killed her.
Masih said that Shahzad is Muslim and runs a photography studio in the town. For the last 4-5 months he was following and harassing Sonia. He had even proposed to Sonia, but even after her refusal he continued following her and insisting that she marry him.
Sonia kept telling Shahzad that it was not possible as she was Christian and he was Muslim. She told him they came from two different religions and it was not acceptable in society, but he didn’t agree and kept on threatening Sonia and eventually killed her on 30 November.
Masih said that Shahzad even sent his parents to their home to convince them to agree to the marriage.
“But I told them that it is not possible as we are Christian and you are Muslim,” Masih explained.
He added: “We are Christians from generations, and Sonia was a "true Christian and strong in her faith and she has been killed for following her Christian faith.”
The police have registered a case against Shahzad, but he is still at large.
Nasir Saeed Director CLAAS-UK said that in the recent year a record number of forced conversion and forced marriage cases have been recorded.
He added: “Although the Pakistani media for some reason, maybe intentionally, or because of instructions from the government, has failed to publish all these cases, thanks to social media platforms for keeping us and the world informed about the ongoing situation of forced conversion, kidnapping and rape cases of young Christian girls.”
He further said that this is not the first case of this nature but there have been several cases in the past like Asma Yaqoob, 24, from Sialkot who died in a Lahore hospital on 22 April 2018 after suffering 80% burns following an attack by a Muslim man, Rizwan Gujar.
He tried to force Asma to marry him but Asma told him he was Muslim and she was Christian, and her faith didn’t allow her to marry somebody outside of her religion, but if converted to Christianity it may be possible.
But Rizwan wanted Asma to convert to Islam. When he lost all hope, one night he bought petrol and poured some on the ground and said that if none of us can convert then let’s die together. He said in his statement to the police that he lit the match only to threaten her but the match fell, she caught on fire and he fled from the scene.
Although Rizwan was arrested and put in prison, Asma’s parents cannot get their daughter back.
In another case a Christian girl, Binish Paul, 18, from Karachi was thrown from a 2nd story building by Muslim man Taheer Abbas for refusing to convert to Islam and marry him.  Binish sustained severe fractures to her legs and spine.
Mr Saeed said: “There are dozens of examples of such brutal acts of violence against Christians girls, normally they are asked to convert and marry them (Muslim men) and when the Christian girls refuse they are kidnapped, forcefully converted to Islam, and married to the men.
“It is sad as the government of Pakistan is aware of this problem but is not taking any action to stop this ongoing persecution of Christians and Hindu girls.
“What worries most is the attitude of the police and the courts’ decisions in such cases. The police side with the kidnappers and courts, and instead of following the law decide cases in favour of Muslim perpetrators.
“They give the custody of underage Christian and Hindu girls their kidnaper as we have seen with Farah and well-known case of Maira Shahbaz, who escaped her abductor and is now in hiding from her abductor because she knows that Pakistani laws cannot protect her because of her Christian faith.”