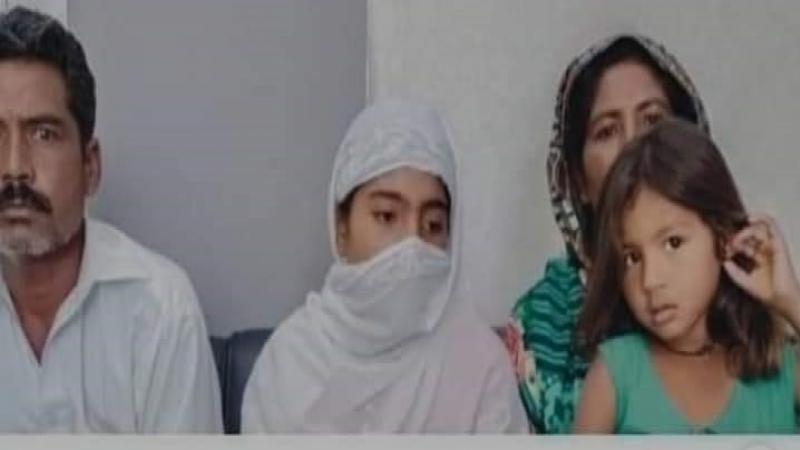 The attempted kidnapping of a teenage Christian girl called Kenza, by a local Muslim landlord and his friends, was foiled by her parents.
The father of the teenager, Arif Masih, of village chak 37 South Sargodha, a driver by profession, told the media how local landlord Aqeel Alias Baba along with his friends tried to kidnap his daughter during the night while all the family slept.
But Kenza’s shouts woke up the family and they were able to stop the kidnapping attempt.
Sitting with his daughter and wife, Arif said Aqeel and his friends jumped over the wall and entered their house to try and kidnap Kenza.
The teenager’s creams also woke up the neighbour who loudly asked if everything was ok, during which time the kidnapper escaped.
Arif said: “They tried to forcefully take Kenza with them but because of our interference they left her and escaped threatening serious consequences, saying they will come again, and nobody can save Kenza from them. They were all armed with guns.”
Arif said that the next morning they went to the local police station to register a complaint against Aqeel and his friends, but the police didn’t pay any attention and even after a week still hasn’t registered a case, and Aqeel and his friends are roaming freely and keep threatening them.
Arif added that Aqeel is Ahmadi and his family has German nationality. Very often he harasses young girls in the village, but the police do not stop him because he is rich.
He continued: “We are scared and don’t feel safe as instead of arresting the culprits, the police are siding with them and there is no hope for justice from the police. Therefore, we are here today to seek justice or make an appeal to The Chief Minister of Punjab, Sardar Usman Buzdar, the Prime Minister, Imran Khan and the Chief Justice of Pakistan, and we hope that our government and the highest court will pay attention, our appeal will not be ignored because we are Christian and poor.
“We are poor, it is not possible to leave our village and move somewhere else. But we hope the culprits will be arrested and justice will be done so we and other families can feel safe and secure in our village.”