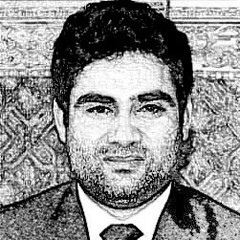 A cloud of doom, on minority day!

The minority day also reminds us the historic speech of founder of the nation Quaid-e-Azam Mohammad Ali Jinnah at the Constituent Assembly on August 11, 1947. In his speech, Quaid-e-Azam said, “You are free; you are free to go to your temples, you are free to go to your mosques or to any other place of worship in this state of Pakistan. You may belong to any religion or caste or creed that has nothing to do with the business of the state.” This day also presents us an opportunity to equate present situation of minorities in the light of our founding father’s historic speech, specifically, the role of the Government to safeguard the fundamental rights, safety, security, honour, and liberty of minorities.

Despite of serious challenges faced by Christians and other minorities, they continue to serve in forces and civil services, medical, teaching and judiciary with passion and integrity which has brought a proud moment for the entire Pakistani nation. The commendable role played by our heroes from minorities in the nation-building like Group Captain Cecil Chaudhry, Brig (R) Simon Sahriff, Justice Alvin Bobby, Rana Bahubhali Bhagwandas and Robert Cornelius, Dr James Shera, Sister Ruth Lewis, Johnson Bernard, Miss Nicole, Dr Peter Johnson David and Nadib Gill shows Pakistani Christians and other minorities are playing a vigorous role in representing Pakistan both nationally and internationally in a positive light by creating a soft and inclusive image of the country. Furthermore, the Christian institute have also served Pakistani nation for decades by educating all Pakistani students, without discrimination on grounds of race, religion, or creed. They have played their part in developing and uplifting the country, by generating countless leaders in the spheres of business, politics, sciences, and arts.

States bear a divine responsibility for ensuring that human rights are recognized, and resources are pledged to enable Parliamentarian to advocate for right to freedom of religion or belief (FoRB) more effectively through increasing dialogue and Parliamentary mechanism. The courageous campaign of Salaman Taseer, Governor Punjab appealing for the pardon of a Christian woman, Asia Bibi, which cost him life describes freedom of religion or belief (FoRB) have no space in an intolerant society. Mr. Taseer will always be remembered as a symbol of courage and voice for the voiceless.

Although Department for International Foreign Development (DIFD) has pumped millions to improve the situation of freedom of religion or belief FoRB, religious intolerance and hatred text book material in Jinnah’s Pakistan – yet we see a murderer who killed aUS citizen accused for blasphemy charges and pleaded not guilty becomes a hero, yet we see a nationwide campaign to promote assassin and yet we see a minority member shot dead upon moving to a Muslim majority area has turned down minority day into a doom day. Broadened silence and zero response from Pakistan Government on such vicious crimes against humanity in few weeks’ time has orchestrated Pakistan to face serious ramifications in future. The unprecedented escalation of intolerance and hatred towards minorities in Pakistan is sending an unbelievably bad message of the freedom of religion and human rights across the World. Pakistan’s constitution stretches to offer the space to the freedom of religion or belief (FoRB) for minority groups. In addition, country is also bound by numerous international treaties that guards the rights and religious liberty of minorities. However, there is a vast difference between what is written and what is practised. Freedom of religion is a rich land which plants us to bloom with grace, love, and kindness.