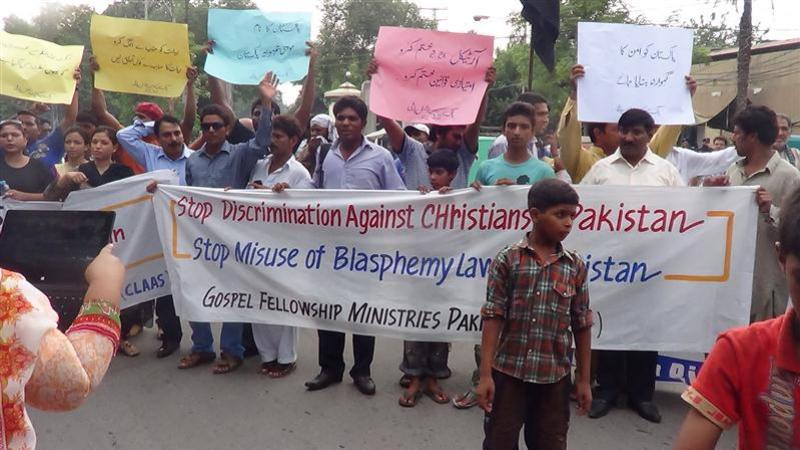 A Christian man, Sohail Masih from Abidabad, Nowshera Virkan has been charged with committing blasphemy.

He has been accused of insulting Islamic personalities on Facebook. According to reports as soon as the police came to know about this, they arrested him on August 5 and took him to the police station.

But as soon as local people become aware, they started gathering in front of the police station where Sohail was being held.

When it became known that a case had not been registered against Sohail the crowd was enraged, and some of them forcefully entered the police station and exchanged angry words with police.

Finally, on the complaint of Abdul Sittar Qadri, the police registered the case, and he was charged under sections 295-A and 295-C of the Pakistan penal code.

Local Christians are scared, keeping in view the past mayhem in Gojra, Sanglalhill and Joseph Colony, where infuriated masses attacked and burnt several houses, churches and even killed several people. But the police has been deployed for their safety and we have received no further information about further damage in the area.