Construction of Hindu Temple in Islamabad 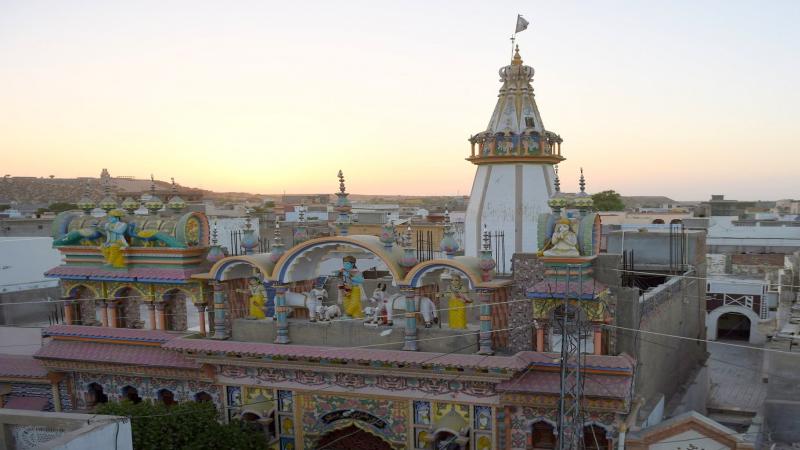 The battle between the government and the religious groups has upset the proponents of religious freedom and minority rights. The minorities are disheartened as the construction of the first Hindu Temple in Islamabad has been halted after it sparked controversy.Islamabad High Court disposed of all the petitions, and the matter was referred to the Council of Islamic Ideology (CII) for guidance on whether the Hindu Temple can be built in Islamabad and if public funding can be used to build it. This shows how people in power keep finding ways to escape instead of being duty-bound to promote religious freedom and take a stand for minority rights.

Permission to build a Temple in Islamabad was granted by the Pakistan Muslim League (PML-N) administration in 2017. The Pakistan Tehreek-e-Insaf (PTI) government has in-turn promised $1.3 funding, accompanying a vision of promoting Pakistan and PTI’s positive and tolerant image across the globe.

However, opposition from religious groups has highlighted the lamenting and growing intolerance in society with its religious minorities, and Pakistan is once again making headlines in the international media about its treatment of minorities.

Mufti Ziauddin of Jamia Ashrafia vehemently branded the Hindu temple’s construction as ‘un-Islamic.’ He even issued a fatwa to claim that although it was within Islamic values to maintain existing places of worship for religious minorities, building new temples would amount to a bad deed. In support of Mufti Ziauddin’s contention, Mufti Muneeb Ur Rehman further claimed that constructing a new Hindu temple in Islamabad is against the spirit of Islam and likewise an ‘insult’ to the ‘state of Madina.’ Relentless opposition to the temple resulting from religious groups and individuals is continuing to rise. This situation is adding to the challenges that Imran Khan is already facing on several fronts within and outside the country.

Imran Khan has noble intentions toward religious minorities. He exemplified his efforts when he reopened one of Sikhism’s holiest shrines, the 500-year-old Gurdwara Darbar Sahib Kartarpur. But the recent conundrum that put the spotlight on Pakistan consequently marred his noble effort to promote the country’s image in supporting its minority groups.

Other than the religious groups and the politicians, several individuals have uploaded images and videos to social media showing people destroying the foundation of the boundary wall and claiming they are performing their religious duty. Recently a new hate song against building a Hindu temple has been uploaded on social media. While this should have been considered a cybercrime, no one was held legally accountable for it. Amidst all these gut punches to religious freedom, one cannot help sensing the continually rising extremism, hatred, and deterioration of religious tolerance.

The menace of extremism continues to rise and needs to be eradicated as it has distorted Pakistan’s image globally. Further ignorance could even put the future security of our country at stake''

In December 2018 addressing an event to highlight and celebrate the 100-day achievements of the Punjab government in Lahore, the Prime Minister said that he will “show” the Narendra Modi government “how to treat minorities”. Claiming his government would ensure that minorities feel safe and that they are protected and have equal rights in the ‘New Pakistan’, the Prime Minister stressed that his government is taking steps to ensure that religious minorities within the country get their due rights, a vision also shared by the country’s founder Muhammad Ali Jinnah.

The dilemma that Pakistan currently faces did not happen overnight. It was birthed by decades of individual and government actions that aimed for personal and political gains. Sadly, each government’s steps for its political and personal benefits veered far from the guiding principles that Quaid-i-Azam had set for the people of Pakistan – and we have been failing him every day.

Quaid’s vision was of a pluralistic society, where religion has nothing to do with the business of the state and every citizen of Pakistan has equal rights and status. This has completely died out and hatred and sectarianism have been gripping our society for the last several decades.

There is no doubt that Quaid-i-Azam wanted Pakistan to be a Muslim welfare state, where minorities would have equal rights and no societal dysfunction. He did not intend for an Islamic religious state where minorities would not have equal citizenship status and equal rights. He was a firm believer of democracy and Pakistan came into being through a democratic struggle, not conquered by an Islamic army, therefore minorities cannot be treated as dhimmis. This vision had blurred. In its place are hatred and sectarianism that have been gripping Pakistani society like an unescapable claw for decades.

The leadership of the minorities wholeheartedly supported Quaid I Azam in his struggle, with Christian leadership recording their statement before the boundary commission. In this statement, they requested that the Christian population be counted as part of Pakistan.

Christian leader S P Singha, a former speaker of Punjab Assembly, said Muslims were the minority community of the sub-continent at that time and that they became the majority with the creation of Pakistan. According to S P Singha, Christians lent their support to the Muslim league as Muslims would remember the problems faced as a minority and would not perpetuate the same fate for other minorities. Present day Pakistan has completely changed with the political use of Islam, heightening religious militancy and extremism, which are posing a serious challenge to the state of Pakistan and leading to the insecurities of the minorities. Consequently, minorities are continuing to flee Pakistan, because they no longer sense a blissful future in that country. The menace of extremism continues to rise and needs to be eradicated as it has distorted Pakistan’s image globally. Further ignorance could even put the future security of our country at stake.

There is a parliamentary democratic government system in Pakistan, which is based on social justice, equality, and fair play – a contrast to a religious state’s theocracy where non-Muslims live as Dhimmi who don’t have equal rights nor allowed to build their place of worship. Article 20 of the constitution also supports the propagation of their religious practices. Instead of paying for Jizya, minorities pay taxes that make the government bound to use funds for their welfare – including the construction of new worship places or the restoration of those that already exist. Regardless of whether the temple is built with public or private funding, Pakistan’s image is already tainted. To avoid further humiliation globally, the Pakistan government must take crucial efforts to address the root causes of the country’s societal dysfunction. The young generation is the backbone of Pakistan’s future and should therefore be exposed and molded into a renewed and tolerant society.

To achieve this goal, the government must remove the discriminatory and hate materials against non-Muslims from the school and college syllabus. Only then can we effectively stop indoctrinating harm in thoughts and actions.