Christian mother complains to Police about her daughter's abduction 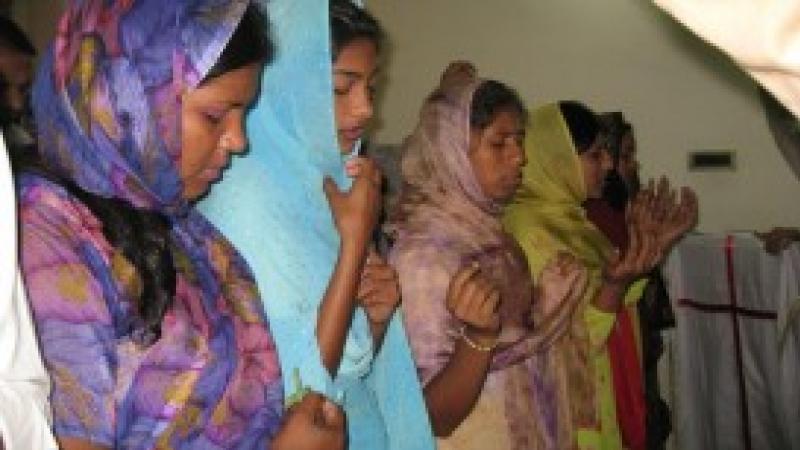 Christian mother Nighat Shahbaz of Madina Town, Faisalabad, has registered a case at the local police station against a Muslim man, Naqash, who she believes has kidnapped her 14-year-old daughter Maira Shahbaz.

Nighat told the police that her daughter went to work on April 28 but hasn’t returned since then and instead she has been informed by two Christian men, Naeem and Pervez, that her daughter was kidnapped by Naqash, Muhammad Younas and their other companions.

They force Maira into a car and took her to some unknown place. The Christian men said they tried to help Maira, but the kidnappers had guns and they threatened us to shoot them. They apologised for not being able to do anything to save Maira, but said they would be witnessed against Naqash and Younas.

Nighat has begged the police to recover her daughter as soon as possible because she fears they may sell her daughter and even force her into prostitution, which normally happens with Christian and Hindu girls after their abduction.

Nasir Saeed Director of CLAAS-UK said it is sad that such cases of abduction and forced conversion of underage Christian and Hindu girls are continuing to rise in Pakistan.

“Even in those cases where girls were recovered from their kidnappers’, the police and courts have failed to punish all those who were involved in the forced marriages and supported forced conversion.”

Many Hindus have left Pakistan and moved to India with their families because of their young daughters, while Christians have no place to go to find sanctuary for themselves and for their families.

Mr Saeed said that CLAAS takes these cases very seriously and even the Human Rights Commission of Pakistan (HRCP) has mentioned the problem in its latest annual report.

He added: “We will continue to raise awareness and highlight this issue on the international level, but unfortunately the Pakistani government is not taking this matter seriously and instead supporting Muslim scholars who have different opinions on this matter, and support perpetrators.”