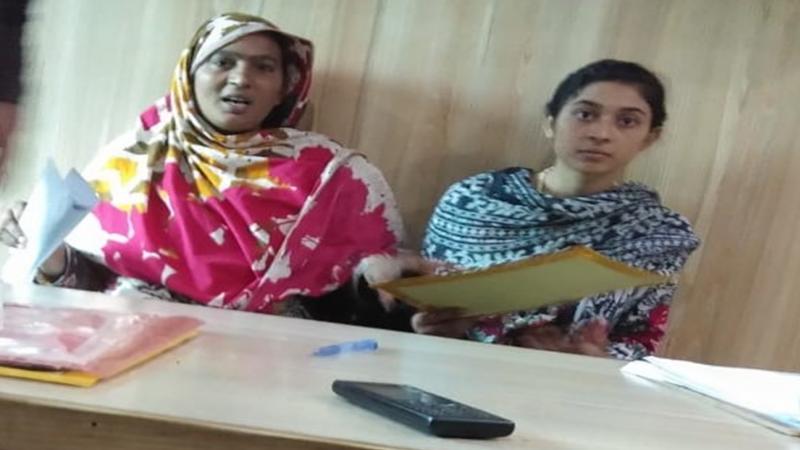 A 14-year-old Christian girl, Maira, has escaped from her kidnapper who was given custody of her after a ruling said he was her husband.

She has gone to the police to say that she was filmed while being raped by him.

The teenager was forced to convert to Islam from Christianity, and forced to marry her abductor.

Maira Shahbaz, her mother, Nighat, and three siblings are on the run from Mohamad Nakash after the Catholic girl from Madina Town, Punjab Province, fled his home in nearby Faisalabad.

According to Maira, Nakash has threatened to kill both her and her family.

She said that her abductors told her that if she doesn’t listen to them, the video of her being raped would be published online.

But Nakash wants Maira’s mother, Nighat, and her uncles, arrested, alleging that they kidnapped the girl from his home.

Earlier this month the Lahore High Court ruled in Nakash’s favour in the case of the girl’s alleged abduction.

But Maira’s family has always denied that she went with Nakash willingly, and produced an official birth certificate to show the girl was 13 at the time of the alleged wedding.

The Muslim cleric named on the marriage certificate dismissed it as a fake and went to the police to complain.

Speaking to PCN News, Maira’s lawyer Tahir Khalil Sindhu said Maira had escaped from her abductor on 18 August and on Saturday 23 August both her mother Nighat and Maira secretly went to his office where Maira recorded her statement and also signed some legal documents.

He said: “Maira’s personal statement has been recorded by DSP Rana Atta Ur Rehman, of Madina town police station and I have been assured appropriate action will be taken against Nakash and his accomplices.

“We have submitted a lawsuit in the civil court Faisalabad for the rejection of fake marriage. The cleric named on the marriage certificate has already complained to the police that his name and office have been used illegally without his knowledge.”

When asked if Maira’s misery had come to an end, he said: “I feel sorry for Maira as her misery hasn’t come to an end. She will have to go through all the legal processes, there is no quick fix and it is all very time-consuming.

“I don’t think that Maira and her family is safe until Nakash and his accomplices are arrested.

“I admire Maria’s bravery and I wish several other girls could show the same courage instead of suffering in silence.”