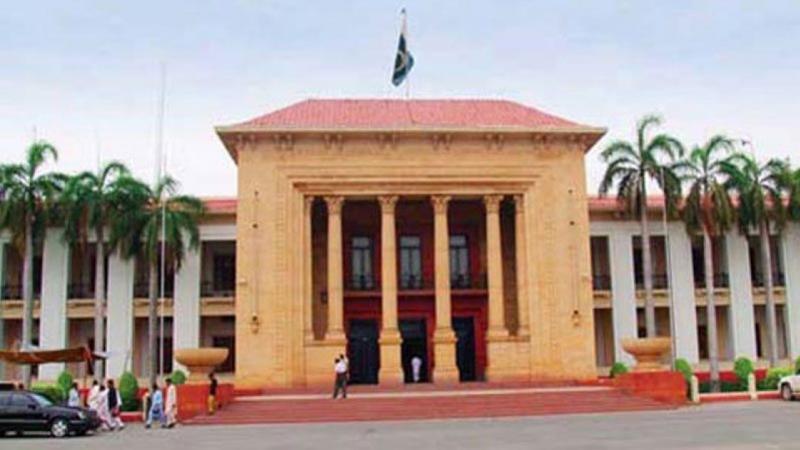 Pakistani legislators are now opposing the Bill of Tahaffuz Bunyad-e-Islam (protection of foundation of Islam) which they passed unanimously on July 22.

They have demanded amendments to the bill after consultation with clerics from various sects.

Law Minister Raja Basharat has assured the house the bill will not be sent to the governor for signing until a complete consensus is reached.

PML-N’s Pir Ashraf Rasool claimed that the bill had been passed on the advice of Shehzad Akbar, Special Advisor to the Prime Minister.

PTI’s Yawar Abbas Bukhari sought forgiveness from the house for supporting the bill.

Treasury members said that if the bill had been tabled as official business then the cabinet’s approval should be shown to them and if it was passed as a private member bill then who vetted the document should be revealed.

The law minister has said the opinion of clerics would be sought for amending the law.

But he also told the legislators it was their duty to thoroughly read each bill before going to vote for or against it.

It makes desecration of any prophet, any of the four divine books, family and companions of Prophet Muhammad (SAW), as well as abetting or glorification of terrorists, promotion of sectarianism in any book punishable with a maximum of five-year jail terms and up to Rs 500,000 fine.

It also demands the use of words Khatam-un-Nabiyyeen whenever the name of Prophet Muhammad (SAW) is mentioned.

The bill further binds all publishers to submit at least five copies of each edition of the book they publish with the Directorate General of Public Relations, which can inspect printing presses, book stores and publishing houses, and confiscate before or after printing of books containing such contents.

The DGPR may also investigate, assess or ascertain any act of omission involved in the matter, check record and books of accounts of the publisher on the spot or at any designated office.

There is some confusion over how the bill was tabled. Lawmakers allege they were kept in the dark about the document before being asked to vote on it.

Nasir Saeed, Director CLAAS-UK said that it is a very unfortunate situation that the lawmakers the public elected are not even willing to perform their primary duty. He said: “They don’t bother to read the bill they are voting for.

“I have said in my previous statement, published on PCN News Website (https://www.pakchristiannews.com/details/295) on July 27th, that If there is any threat to the country, it is from the politicians’ and government’s such policies and legislation, through which space for religious freedom, free thinking and freedom of expression is shrinking.

“Such law will not do any good to this country but will help to increase extremism, promote religious intolerance and hatred against religious minorities, even different sects of Islam too - as we have seen in the past - and still the whole nation is paying the price for this.”