Man accused of blasphemy In Pakistan shot dead at court 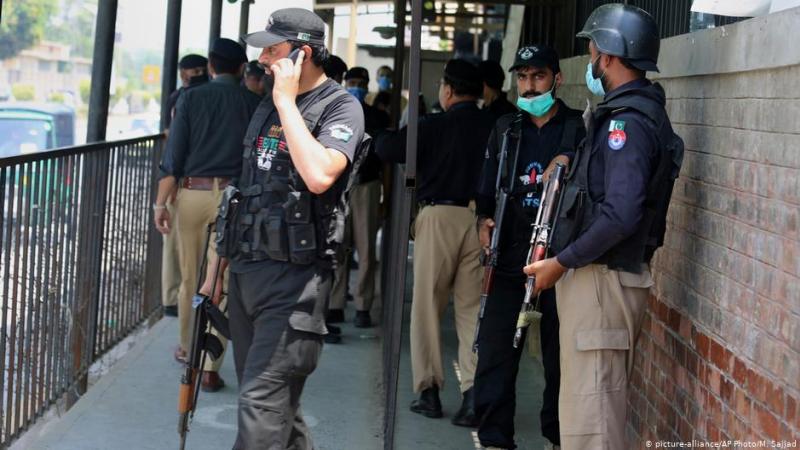 A man on trial for blasphemy in Pakistan has been shot dead in court.

Tahir Ahmad Naseem, who allegedly claimed to be a prophet, was shot six times during a hearing in Pakistani city of Peshawar.

According to reports the shooter admitted the killing, saying that he shot Naseem for committing blasphemy, and was arrested at the scene.

Naseem had been in police custody since 2018 when he was accused of committing blasphemy by claiming to be a prophet.

Naseem was accused under sections 295-A, 295-B and 295-C of the Pakistani penal code. Offences under the final section carry a mandatory death penalty.

Although no one been executed under Pakistan's blasphemy laws yet, extrajudicial murders and mob violence have become increasingly common in recent years.

Nasir Saeed, Director CLAAS-UK expressed his grave concern over the killing of Naseem and said: “This is a dangerous practice as more and more people are willing to take the law into their own hands and kill the accused blasphemer.

“It is a failure of the police who failed to protect the victims, and we have dozens of examples where people accused of blasphemy were killed extrajudicially.

“I remember the case of brothers Rashid and Sajid from Faisalabad were shot dead in 2010 as they left a local courthouse, handcuffed. The two had been accused under the blasphemy law but were on their way to being acquitted.

“Fanish, Samuel and Nazir are a few among those who were killed in the jails, while Shahbaz, Shama and Shahzad were burnt alive.

“Human rights defender Rashid Ur Rehman was killed in his office and university student Mishaal was killed by vigilantes.

“Two high profile ministers, Salman Taseer and Shahbaz Bhatti, were killed in broad daylight, but perhaps this is the first time when someone has been killed in the courtroom during the court hearing.

“Last week, the provincial assembly in Punjab, Pakistan's most populous province, passed a controversial law on religious issues, giving wide-ranging powers to the government to censor and ban any published blasphemous material.

“I also remember the statement of Pakistan’s Minister of State for Parliamentary Affairs, Ali Muhammad Khan, who said that beheading is the only punishment for those who mock the Prophet Muhammad.

“Such statements from politicians encourage people to take the law into their own hands, despite there being courts and judges to determine whether blasphemy has been committed, and to punish them accordingly.

“The Government must bring this matter to parliament, discuss its widespread misuse and bring changes where necessary. Due process and justice is every citizen’s right and no one should be allowed to kill and terrorise others in broad daylight while we have competent judge in our courts.”