Muslims attack a church and desecrate the Cross in Pakistan 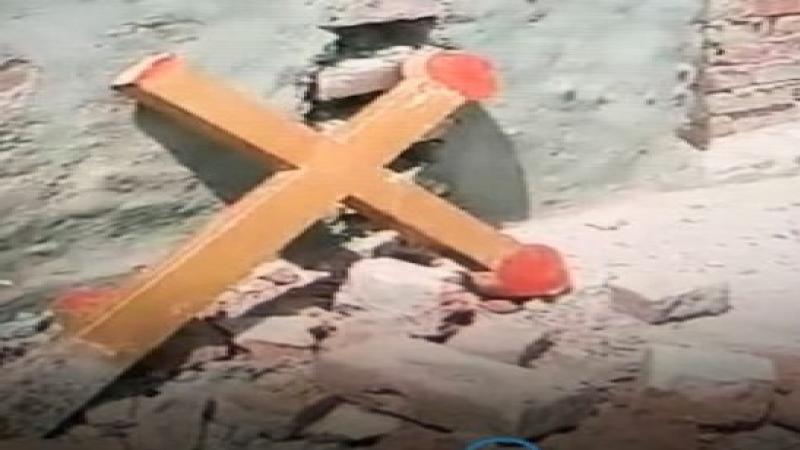 A group of Muslim men entered a church in Kala Shah Kaku, Sheikhupura, about 25 miles away from Lahore, shouting that they would burn Christians and set the building on fire.

According to the pastor, Samuel Hidayat Masih, who is in charge of the Trinity Pentecostal Church, on the morning of May 9 Malik Aun Abbas, Ali Shan and several other people forcefully entered the church and asked the worshippers present there to vacate the land.

They claimed the land belonged to them and started demolishing the church courtyard gate and the boundary wall.

They forced their way into the church and desecrated the holy cross and other ornaments and threatened everyone present.

A FIR has been registered against the attackers, but pastor Samuel said they are threatening him and may attack him.

Nasir Saeed, Director of CLAAS-UK said: “It is sad that attacks on churches continue even during the COVID-19 pandemic, because hatred against Christians continues to rise and the government has no plans at all to protect the religious minorities and their places of worship.”

Last month Pastor Haroon Cheeda, his wife Mariam and their 15-year-old son Asher were attacked by their Muslim neighbour Rafique Bhatti for building a wall on their own land. The neighbour had illegally built his house on Pastor Haroon‘s land and now wanted to grab all the land forcefully with the support of police officer, Basharat.

Pastor Haroon works with KOG Lamp Fellowship and is the in-charge pastor of Tiba 135 church, Rahim Yar Khan. Tiba 135 is a small village where he has been residing for the last 20 years.

Also, The Human Rights Commission of Pakistan (HRCP) has already pointed out in its latest report that religious minorities in Pakistan, including the Hindu and Christian communities, continued to suffer in 2019, facing forced conversions and persecution under blasphemy laws.

The minorities remained unable to enjoy the freedom of religion or belief guaranteed to them under the country’s Constitution, the HRCP had said in its annual report – State of Human Rights 2019 – released recently in Islamabad.

The US Commission on International Religious Freedom (USCIRF) has also mentioned their concern about the treatment of religious minorities in Pakistan, but it seems to all be falling on the deaf ears of the government.